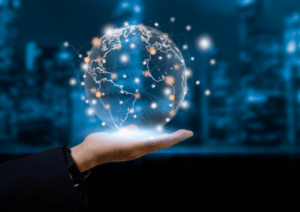 Technology classes give you both a broad overview of the role of technology and inventions in history, but also highlights how science and technological advancement are likely to change the world in the future. Studying the MIT distance learning courses below familiarize you with the key innovations throughout history and how our tools and devices have changed the world around us, as well as our place in this world. Advanced students can study the affects of computing on the modern world, how modern science and technology began its ascent to its current status, and how technology is changing modern society today.

Technology in History is a survey of the major events in technological history. You’ll study the agricultural revolution of the Neolithic Period, the great leap in productivity (better known as the Industrial Revolution), the emergence of humans as a history-making force, and the emergence of empires in accelerating technological change. Readings include “Maps of Time”, “The Clan of the Cave Bear”, and “Hiroshima”.

Technology in American History studies the role technological advancement has played in American culture and history from colonial times to the present. The syllabus for this free online college class suggests the professor wants its students to become thoughtful participants in the democratic process–neither blind critics or or blind advocates for new technologies.

Toward the Scientific Revolution surveys humanity’s ideas about nature and how best to study nature from ancient times to the dawn of the scientific revolution. The focus of this course is how concepts and institutions intertwined within a number of different scientific fields, including math, medicine, physics, cosmology, and natural history.

Rise of Modern Science is a study of how many societal, cultural, and philosophical factors influenced the rise of science in our modern world. Readings include Aristotle, Vasalius, Isaac Newton, Antoine Lavoisier, Charles Darwin, Sigmund Freud, and Albert Einstein. Fields of study explored and how they were affected by technology include biology, medicine, chemistry, the mind sciences, astronomy, and physics.

History of Computing explores the use of the computer in the study of science. The original computer was designed for the sake of aiding scientific research and the picture of the classic scientist is never complete without a bank of computers behind him or her–or at least a handheld computer in more contemporary depictions. But this class explores how the computer actually transformed scientific research and how scientific applications have, in their turn, influenced the culture of computing.

Science, Technology, and Society is a study of the concept of reproduction, specifically four types of reproductive processes: scientific reproduction, social reproduction, biological reproduction, and electronic reproduction. In other words, you’ll study how results are reproduced in a lab, how social knowledge is reproduced over time, how organic substance is managed in the genetic age, and how information is reassembled through transcription, computation, and simulations. Even the description of this class is odd and over-scientific, so a warning to those who are easily turned off by technical discussions.

Which course is best for technology?

We have listed down here in order of priority, top to down for a beginners to advanced level technical course that an IT aspirant look for.

Which technology should I learn in 2023? There is various new technology including Artificial intelligence and machine learning, IoT, DevOps, Automation, etc., that will be going to make exciting developments in the coming future. Today, AI has been introduced in almost every industry including software testing, healthcare, banking, and finance, etc. Which is the best technology to learn in 2023?

Which IT jobs pay the most?

Here’s a look at just some of the highest-paying IT jobs, according to Robert Half Technology’s 2020 Salary Guide: